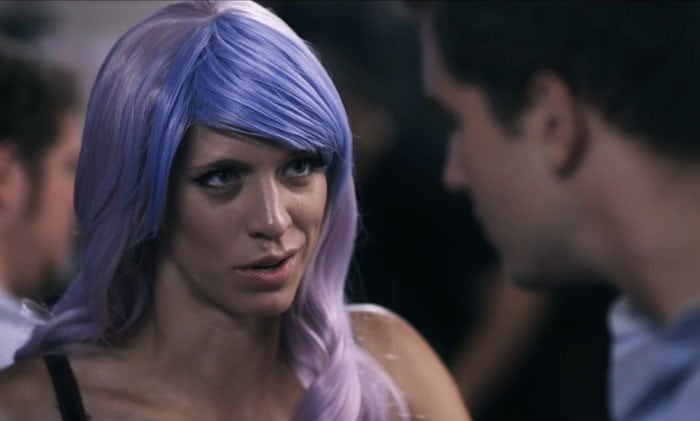 “Gorsky does a fine job in her portrayal of a saucy seductress with a sinister side.” ~ Joseph Perry, ghastly grinning 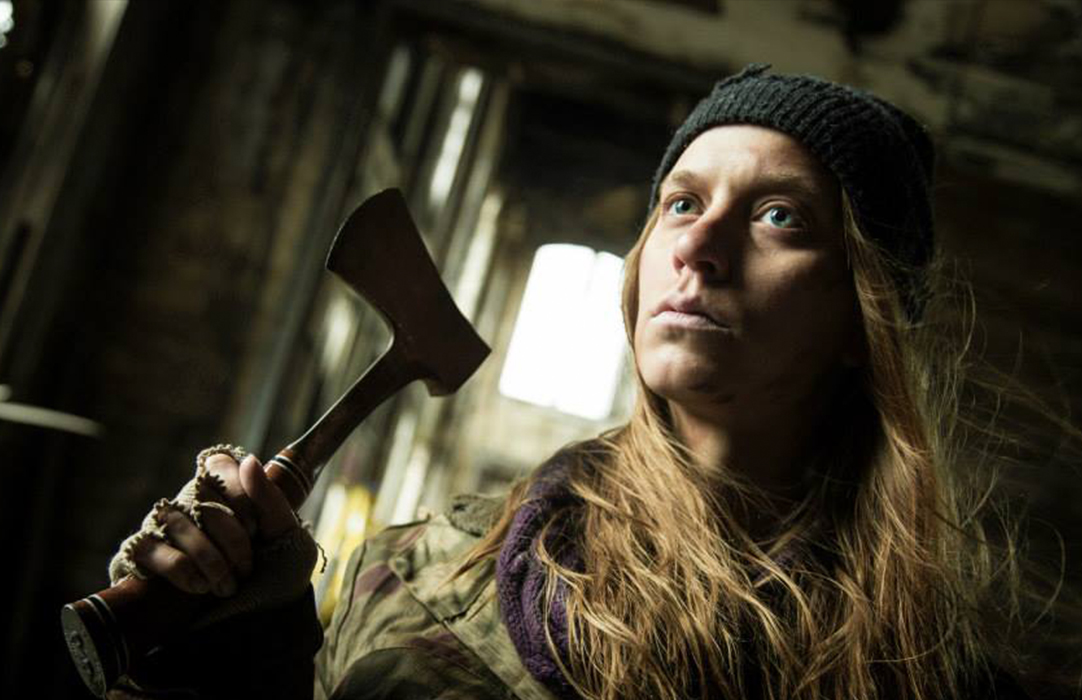 “As Penelope, Sara Gorsky is both believable and bold. She draws us in to her story and holds our attention throughout.” ~ The Independent Critic

“Gorsky’s tour-de-force portrayal of a childlike victim growing into a strong, self-sustaining woman is the type that wins awards.” ~ Horror 101 with Dr. AC

“Sara Gorsky does a fantastic job of giving her quirks and personality enough to make you understand why Josh would be so much in love with her.” ~ Ain’t it Cool News 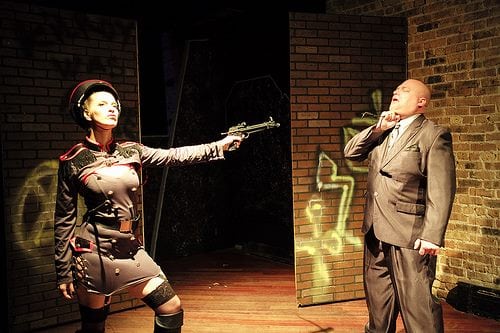 “What really makes Street Justice work is the passion of the performers…Sara Gorsky titillates as the German Ursula von Hodenesser, shamelessly flaunting her body in head-to-toe skintight leather.” ~ TimeOut Chicago

“Gorsky has a blast investing von Hdenesser’s every movement with a provocative slink, from her maniacal laughing sessions to choke-holding someone between shin and thigh (she also gets to wield a pistol-cross bow, which is a definite bonus for any actor).” ” ~ Chicago Reader 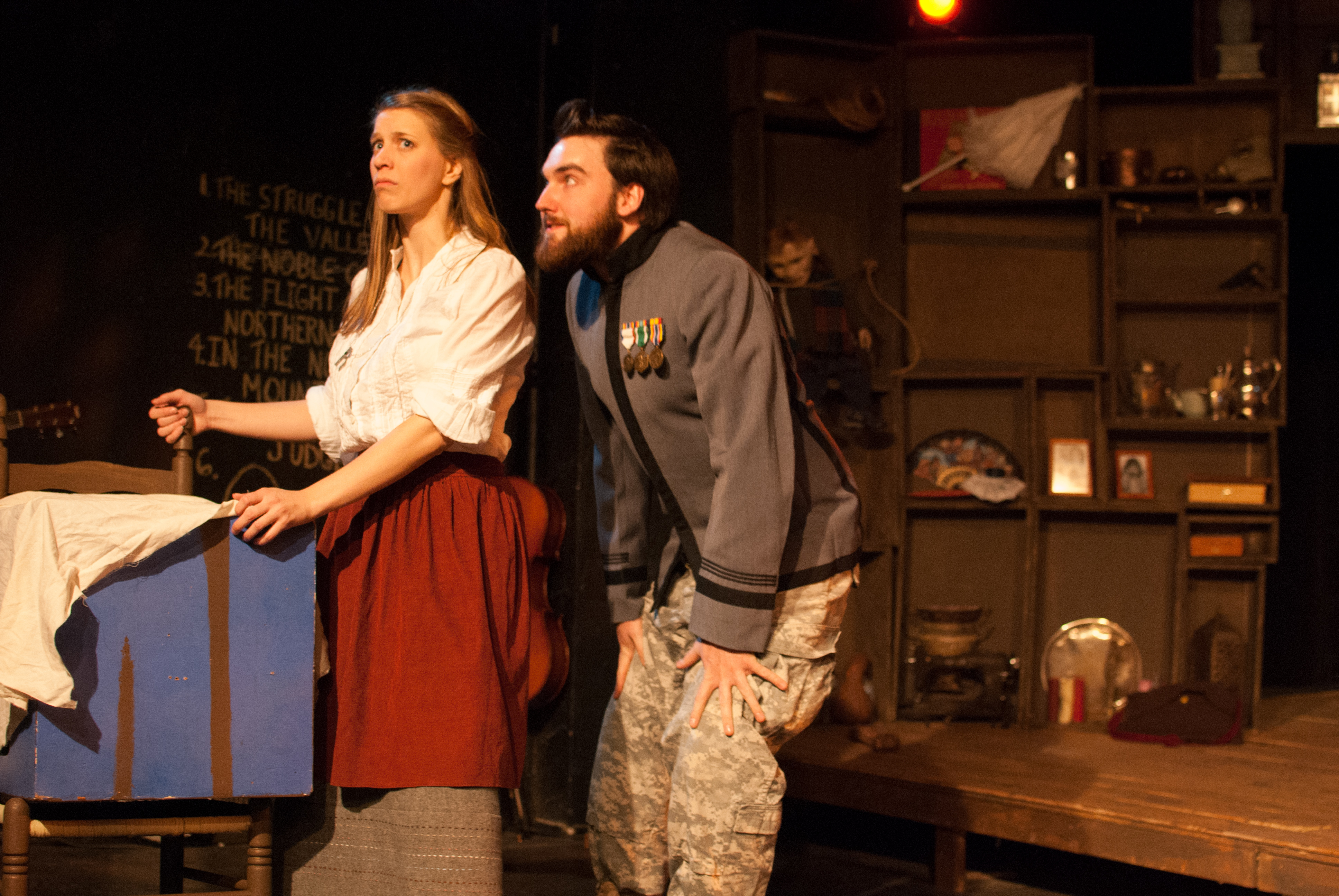 “But the real stunner is Gorsky as Grusha: a challenging, complicated dream role for an actress. Gorksy is a natural, relatable underdog, determined to do what’s best for a child who isn’t even hers. Every facial expression and line delivery had me rooting for Grusha, hoping she would find happiness again. ” ~ Chicago Theatre Beat

“…the smaller scenes [are] crafty, insightful, and occasionally heartbreaking, thanks largely to Sara Gorsky’s forthright performance as Grusha.” ~ Chicago Reader

“Sara Gorsky (Grusha) enchants as the unexpected heroine” ~ Chicago Now “Sara Gorsky as “Grusha” was an exceptional stand out. With a just a few moments to breathe throughout the show, Ms. Gorsky moves through her songs and story with ease and admirable commitment. ~ Chicago Theatre Review “Sara Gorsky, with a voice to match her strong acting chops…” ~ WBEZ 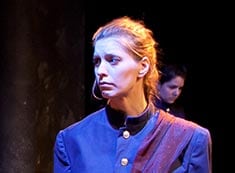 “Sara Gorsky’s Cassius, in particular, commands our attention with expressive face and hands, not to mention the clearest enunciation heard lately in equity or non-equity playhouses.” ~ Windy City Times

“Gorsky as Cassius excels in inviting us in to see the unfolding of her thoughts. We are never in doubt why she chooses to smile or threaten or bear her neck to the daggers point, even before the words are out we have been privy to her plans and are free to focus entirely on what their effect will be.” ~ Chicago Theatre Review 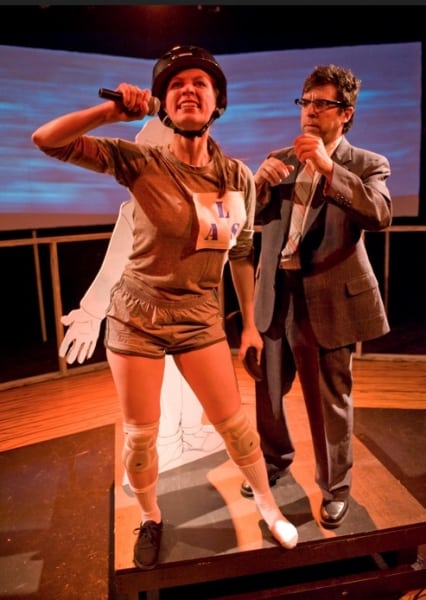 “Odor, Gorsky, and Bannon are all charming, pugnacious and quite funny in their leading roles” ~ Centerstage Chicago

The League of Awesome 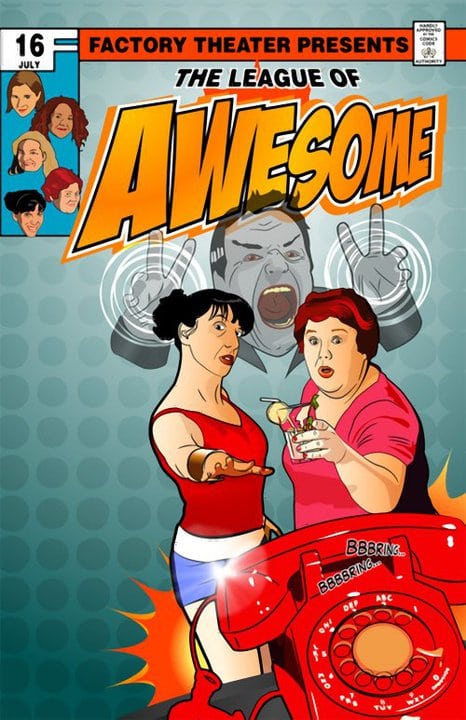 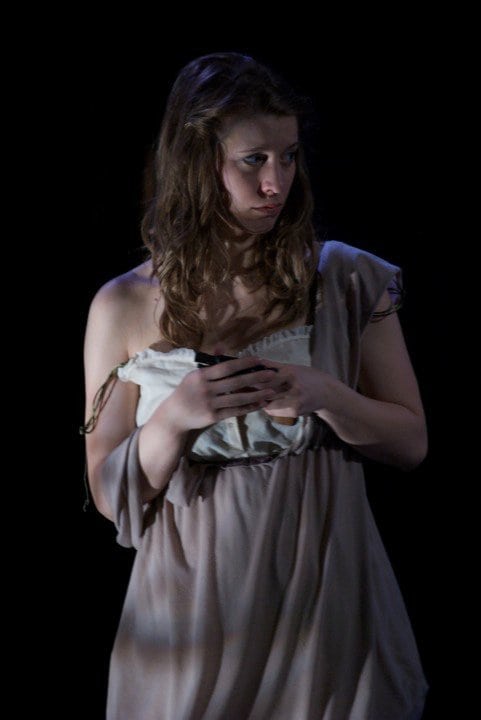 With a sinous voice and easy physicality, Gorsky specifically, is larger-than-life yet authentic, a difficult feat.” ~ Centerstage Chicago 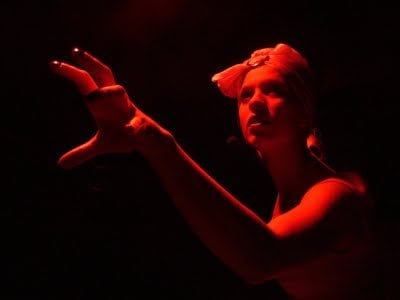 “Sara Gorsky holds nothing back as, sating glove-clad, she swings from coquette to harpy, striving to accomplish her gruesome objective” ~ Centerstage Chicago Chicago

Grounding the evening is Gorsky’s committed, near-certifiable turn as the femme fatale…Moving like a film with every otherframe cut out, Gorsky is the embodiment of jerking creepiness.” ~ Time Out Chicago

“Gorsky is a sensation.” ~ Chicago Tribune